I05 Living World Series – Lining up

Ju Ming’s sculptural works tend to revolve around human beings and their ethos. Evolving from the Nativist Series that features people’s assiduousness and hardships in premodern agrarian society, via the pioneering Taichi Series that symbolizes the process of modernization, to the Living World Series that captures the human comedy, Ju’s oeuvre faithfully reflects the dynamism of Taiwan’s social development. Created in 2002, Lining Up is a piece of Ju’s Living World Series. This work consists of ten life-size, colored bronze statues. Lining up and having different looks, these statues seem either in deep meditation or lost in thoughts. They’re as ordinary as those whom we usually see on street corners. This piece of sculpture ingeniously embodies the spirit of contemporary life, in which Ju’s passionate interest in the human world finds expression. 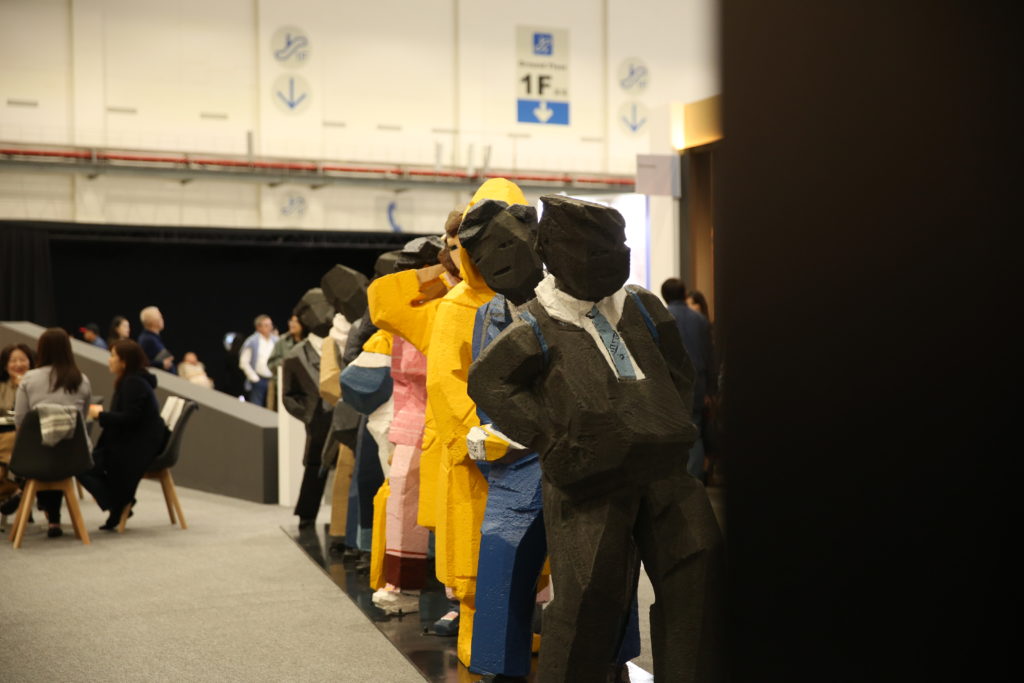 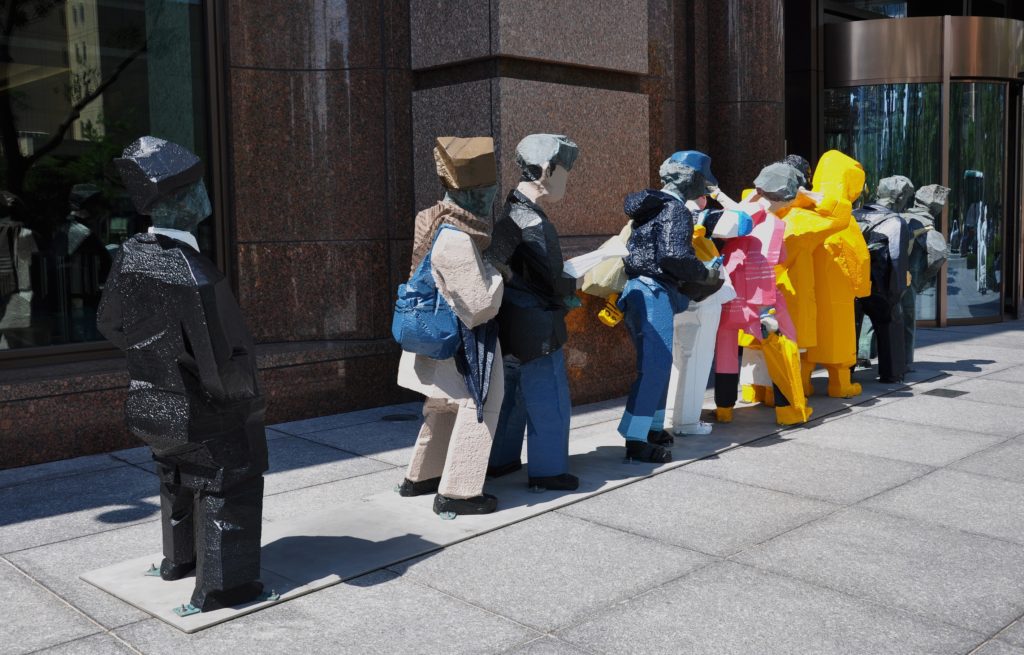 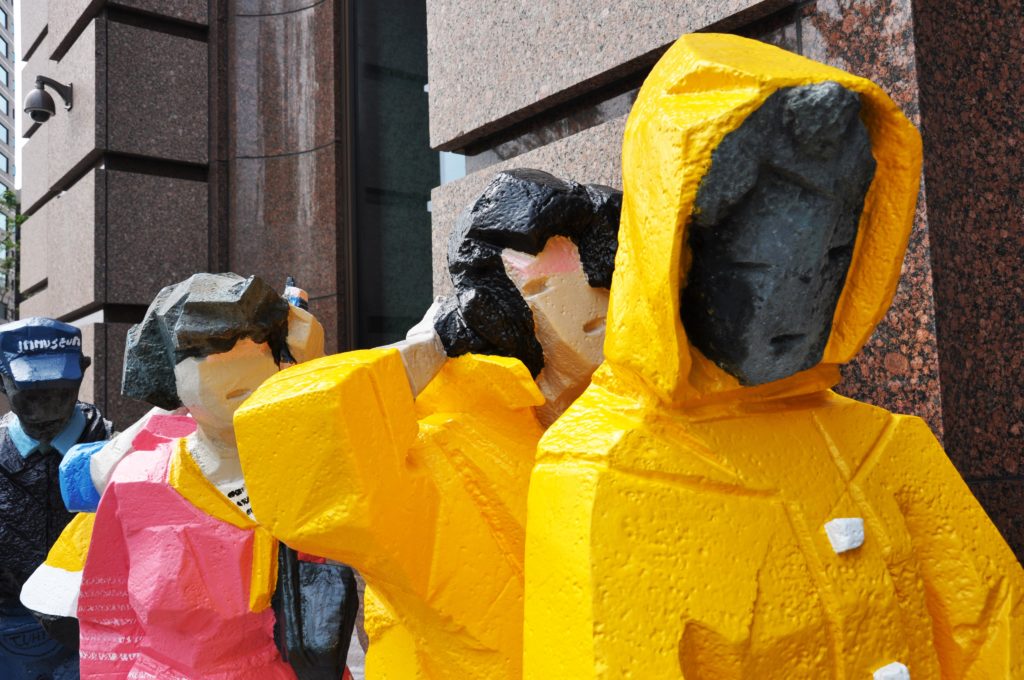