Presented by Each Modern

In Zhao Gang’s characteristic style, images and views from throughout Chinese history, both modern and classical, are rendered in the artist’s multivalent contemporary treatment. The work features various religious, cultural, and political figures, as well as a self-portrait. The grouping creates a panoply of stand-ins for self, identity, and nation. The left-most figures are that of a bearded Taoist in grey robes and a figure in a blue tunic. The close proximity emphasizes a kind of warmth towards Taoism as one leads the other. The subsequent pink figure, in a “verdant-robed girl” pose, recalls Mei LanFang (1894-1961), the notable Peking Opera performer of modern Chinese theater. The work follows with 8 figures around a centered white table. Various political figures form a spectrum of green-blue and red- yellow. The lower left figure with his head turned away from the group resembles the artist with scowled face, looking away from the circuitous arrangement of politicians. To the right, a bust of a Qing emperor in traditional yellow with a likeness to a certain modern Chinese politician underscores a suspicion towards the political. Bodhidharma appears on a black circular form. The work’s final figures are that of an attendant and a pink female buddha. Zhao’s reimagining of the buddha as a woman reflects his playful feminist imagination towards the historical and traditional.

Zhao Gang, born in Beijing, 1961, was the youngest participant to join the Chinese modern art movement “Star Art Group” at age 18 and left to Europe and the States for two decades. The formative years spent enmeshed in Western modernism and contemporary art created a new dichotomy within the language of his paintings. At once a wanderer, a foreigner and native of his own land, Zhao’s dialectical approach invites a multivalent reading. Recent important museum exhibitions include “Zhao Gang: History Painting” (Perez Art Museum Miami, 2019), “Zhao Gang: The Road to Serfdom” (Ullens Center for Contemporary Art, Beijing 2015), “Demolition Milk II” (KIT-Kunst-im-Tunnel, Düsseldorf, 2010). 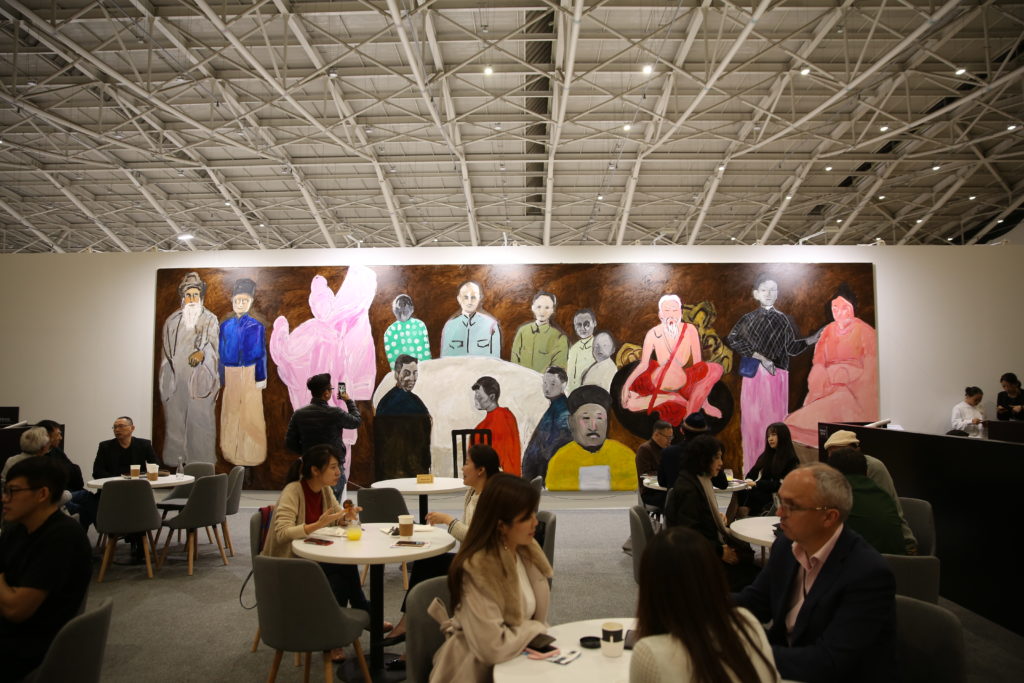 Photo Courtesy of Each Modern 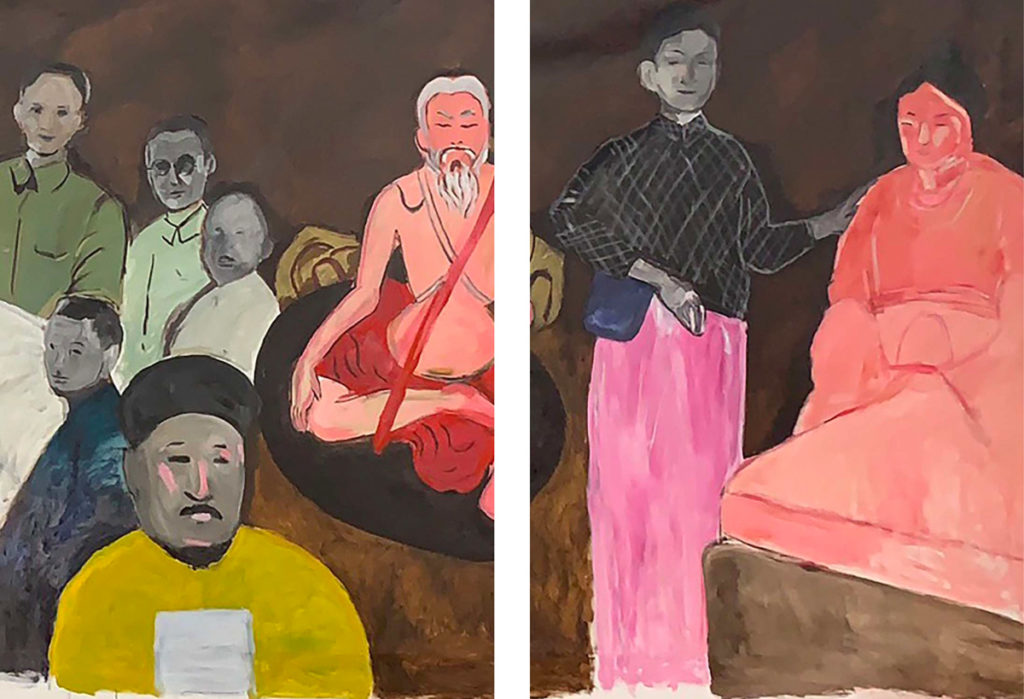